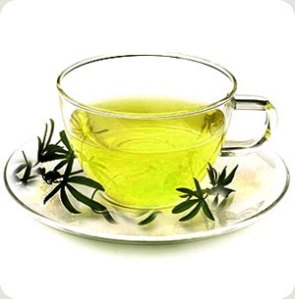 1. Green tea, consumed throughout the ages in India, China, Japan, and Thailand and used in traditional Chinese and Indian medicine

2. Green tea is made from unfermented leaves and contains the highest concentration of polyphenols, chemicals that act as powerful antioxidants

3. The healthful properties of green tea are largely attributed to polyphenols, chemicals with potent antioxidant properties

4. Antioxidants in green tea has the ability to lower total cholesterol and raise HDL (“good”) cholesterol

5. Japan, where green tea is regularly consumed tend to have low cancer rates. Polyphenols in green tea helps the prevention of cancer and help kill cancerous cells and stop its progression

6. By drinking green tea, one study found that women were less likely to develop bladder cancer

7. Researchers found that women who consumed the most green tea experienced the least spread of cancer

9. Green tea has been used traditionally to control blood sugar in the body, prevent the development of type 1 diabetes and slow the progression once it has developed

10. Green tea extracts also stimulate genes that cause cells to be less sensitive to chemotherapy drugs. Due to this potential interaction, green tea should not be taken while receiving chemotherapy